At 109 years old, Jessie Gallan was the oldest woman living in Scotland.

Before she died, she revealed the main reason for her longevity, which is surprisingly simple and funny.

In fact, according to Jessie Gallan, this 109 year old woman believes the key to living a long and healthy life is avoiding men.

Yep, Gallan says that men are simply “more trouble than they’re worth.”

The 109-year-old woman has lived her whole life independently, working hard and providing for herself after leaving home when she was 13.

The caregivers at Gallan’s nursing home described her as “absolutely amazing”.

Check out the interview Gallan gave below, before she passed away:

Although Gallan passed away in her nursing home in Scotland, the staff and residents remember her as being full of life and fun.

And with a mantra like “stay away from men, and you’ll love a longer life,” it’s no wonder people thought she was interesting.

It turns out that Gallan was not alone in thinking that focusing on improving one’s self and becoming the best versions of oneself is the secret to success and life.

Many people are adopting independent lifestyles and focusing on getting what they want from their lives before they ever consider adding a partner to the mix.

For some women, and men too, they reach a certain age and realize that they have given their best years to their partner and find themselves scrambling to make up for lost time.

This often leads to broken relationships, resentment, and even divorce. Instead of focusing your youth on finding someone to spend the rest of your life with, why not turn inward and focus on building yourself up so that you can be your best self when Mr. Right finally comes along?

Although the number of marriages is declining, people still long to find life partners to share their adventures and misadventures with.

If we all followed Gallan’s lead, we might be more mature and responsible in our relationships.

Putting our own needs first, becoming who we are meant to be, and building our own wealth before we focus on others can lead to a great deal of satisfaction, happiness, and independence that can contribute to meaningful and successful relationships in the future.

It seems though that many people are waiting longer to get into serious relationships and some people are choosing to live the independent lifestyle for longer and longer.

Even celebrities are getting in on the singles action, with famous folks like George Clooney staying single until just recently, despite millions of women falling all over him for decades.

Even twenty years ago, couples were starting families earlier than they do today. It is not uncommon for women to wait until they are nearly 40 years old before even considering having a baby.

So if you are in the market for some “live long and prosper” advice, take it from Jessie Gallan and leave relationships out of your life for as long as possible.

They’ll just slow you down and steal your focus away from the other amazing things you could be doing with your life.

And if you are going to be in a relationship, give it your full attention. Be the best damn partner you can be.

Because sharing your life with someone is difficult and amazing, but living your life to the fullest can be much more amazing and fulfilling in the end.

So eat your porridge and steer clear of men, or relationships in general, if you want to live a longer life. 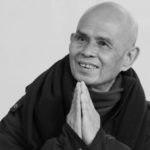