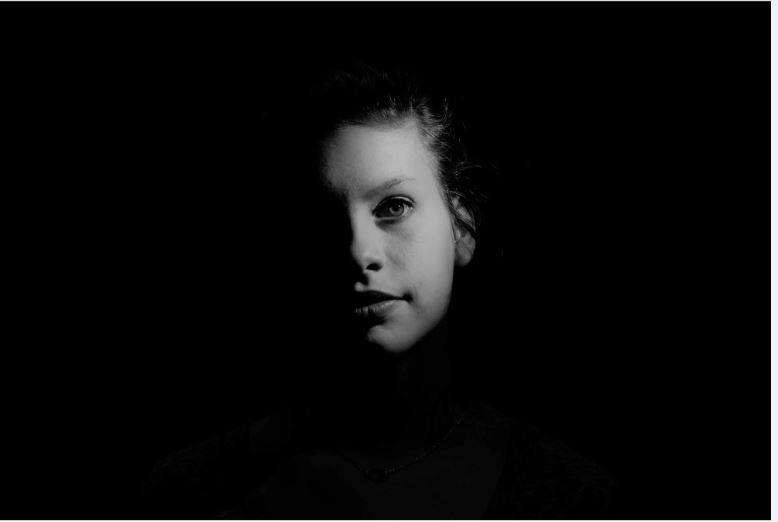 I can’t lie- I’ve seen internalized oppression at its finest. I bet you too.

Do you see brown people buying whitening soaps and lotions?

Do you know a chinky-eyed girl getting surgery to have a “fold” on her eyelids to be more attractive?

Do you hear parents tell their kids not to “throw like a girl?”

As a woman, a mother, and an Asian – I witnessed all of these. Heck, I am even watching an ad right now insinuating women should be hairless.

And that’s the problem right there.

We’re being bombarded with these standards of beauty, intelligence, race, and/or gender every single day that it has already manifested subconsciously.

Let me tell you that this “thing” has a name. It’s called internalized oppression.

It happens when you internalize the negative beliefs about your identity group as if they are real. The moment we believe the lies being propagated telling us we are inferior, then we have already internalized the oppression.

Internalized oppression can come in many forms. The problem is that it can spread as widely as the lies of oppression stretch: from race to gender, from socio-economic status to sexuality, from age to ability.

Here are some of the most common types of internalized oppression:

We can all become misogynistic. Even a simple view of girls as “fussy” from a woman herself already contains hints of misogyny.

Sad to say, internalized misogyny does not only refer outright to a belief in the inferiority of women. It also refers to the byproducts of this societal view which cause women to shame, doubt and undervalue all women.

When we take pride in ourselves for being skinny because that’s how the ideal woman should look like, that is internalized sexism.

When we feel superior to other women because we can control our emotions and they don’t, the thinking has misogynistic roots.

When we look down on other women who love to put on makeup or mothers who breastfeed, that is misogyny.

When you believe that women should never get mad and live as doormats because that’s how it should be, it’s internalized sexism.

When we body-shame fat people because they don’t fit our standards of beauty or when we blame survivors of sexual violence why they’re harassed, that’s misogyny.

But it doesn’t stop there. The list goes on and on.

Men are also victims of internalized sexism. For example, a man is taunted because he cried due to the thinking that only “girls” cry, it’s also sexism.

When a man is considered feminine because he loves the pink color over blue and there’s a lot more!

Sad to say, internalized sexism is being bombarded every minute in our lives that it’s difficult not to be.

It means you accept your limitations – your dreams, your self-determination, and your self-expression. For example, a black woman uses bleaching creams because being white is more beautiful.

When curly-haired women use hair straighteners because a straight hair is what their beauty standards tell them, it is still internalized racism.

When Asian people prefer to hire native English speakers because they are superior over their own race, it’s a manifestation of internalized racism.

When as a black person, you distrust another black person because they’re always up to no good or when you seek out approval from white individuals for a job well done over that of other people of color, it’s internalized racism.

When as a person of color, we, ourselves, prefer a white person over people of color in choosing a healthcare provider, attorney, or educator because white people are more educated, that is also internalized racism.

Internalized racism means we are our own worst enemy.

Internalized classism refers to the process by which a person’s negative experience as a member of the poor or working classes is internalized. It then influences his/her self-concept and self-esteem as well as his/her relationships with others.

In today’s world, being born poor is something to be ashamed of. The society we live in finds poverty as shameful, contemptible, and somehow deserved.

When a kid is born poor, it seems to be difficult for him/her to avoid the association between being poor and being bad.

It is inevitable that a poor child will believe that her social and economic circumstances have something to do with who she is and what she really deserves.

When a poor teenage girl copies the dresses, mannerisms, attitudes, and ambitions of rich girls because being poor is unacceptable, that is internalized classism.

When a poor boy is angry because he spends his holiday breaks cleaning houses while his classmates take trips around the world, it’s internalized classism too.

Here are some examples of biphobia: 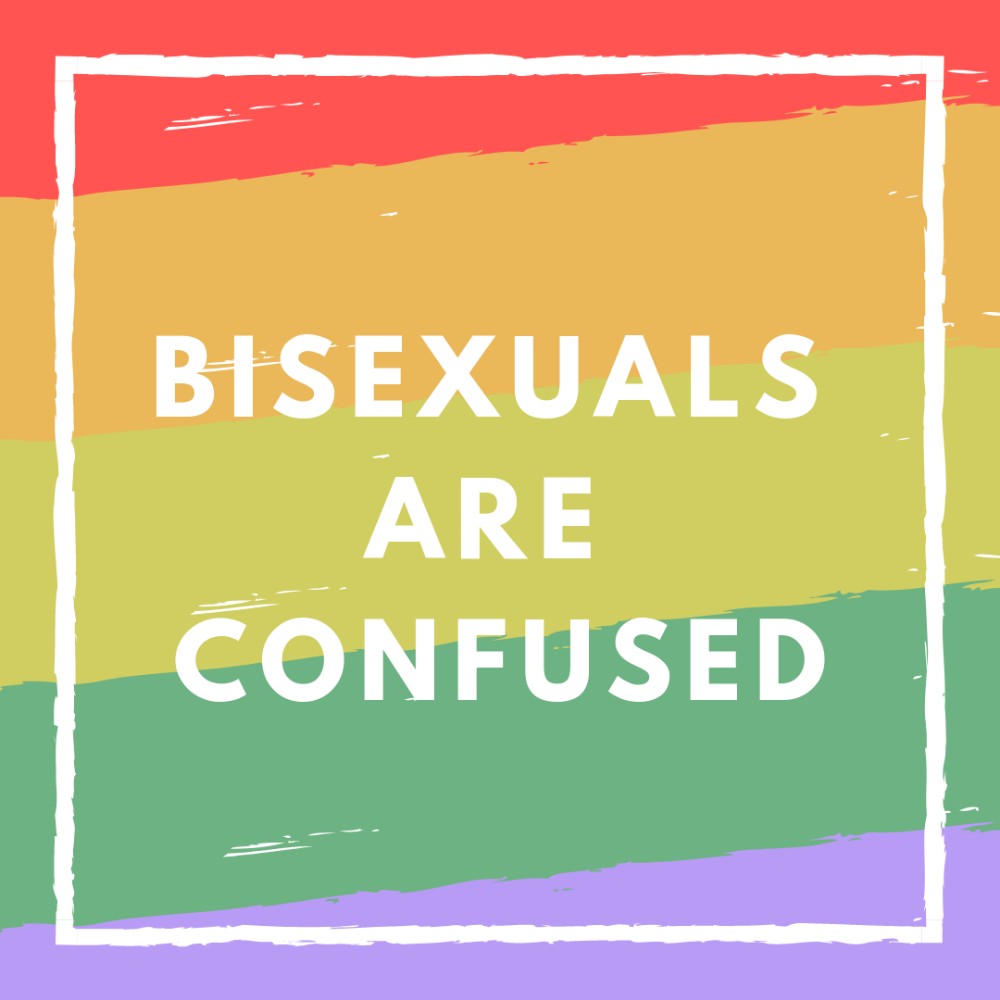 When bisexual people themselves hesitate to name their sexuality because it is seen as less “legitimate” than being gay, that is internalized biphobia.

When they feel insecure about coming out as bisexual at times from fear that they will be doubted or laughed at, it’s also internalized biphobia.

Lastly, when they do not want to date other bisexual people because they feel like they’re projecting onto them the same stereotypes and biases held against them, it’s a manifestation of internalized biphobia.

Internalized oppression is a shared struggle among marginalized communities. And although it’s not the fault of the oppressed, we are still responsible for its manifestations.

What can be done about internalized oppression?

The toughest battles we have to fight first are the ones within ourselves and our own communities. If we are successful, we can now direct our energy towards identifying and fighting the real oppressor – patriarchy, white supremacy, and others.

But if we conform, we prevent ourselves from realizing our true potential.  Internalized oppression makes us turn against one another. Worse, it makes us an enemy of own selves.

Here are ways to be free from internalized oppression:

Take time to introspect how you are harboring internalized oppression. Be objective in answering how it manifests to hurt you or others in your own communities.

The best way to fight internalized oppression is accepting ourselves for who we really are. One must develop an affirming relationship with all of our identities.

What we can do is to learn about it, bask in it, love it, appreciate it, respect it.

Meeting other people in your community and developing a genuine, unconditional love for your identity and culture is also another way to foster self-love.

Understand all the ways in which you and your communities are oppressed. Slut-shaming, body-shaming, “model minority myth” are just a few we need to decolonize from.

When you notice your own or other people’s internalized oppression materializing in front of you, intervene. It can be as simple as asking why the person said or did what was done. And lastly…

Internalized oppression often begins at a young age. It is important that we educate especially the younger ones to stop believing in the lies of oppression. Instead of them being oppressed, teach them to internalize the positive messages about their potential and worth.

It is time for us to become aware that internalized oppression is not normal. Now is also the time to stop it, control its effects, and cease the possibility that we pass it onto future generations.

We have to accept that we’re not born hating ourselves; we learned that from the lies we listen to.

Therefore, we can unlearn internalized oppression. And although it’s not easy, we have to. 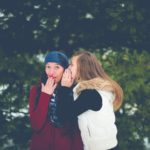 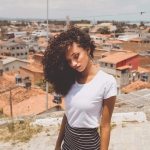