Then it may be that you’re in a one-sided relationship.

According to Kelly Campbell, a professor of psychology at California State University, a one-sided relationship is a “type of romantic relationship…in which the power is imbalanced and one person is “putting in a lot [more] in terms of resources (time, money, emotional investment) [than the other] and getting little to nothing in return.”

In this article, we’re going to go over 10 signs you’re in a one-sided relationship and what you can do about it.

1) You feel like you’re putting in the most effort

In layman’s terms, the first sign that you’re in a one-sided relationship has to do with the effort you’re putting in.

Do you have to organize everything? Do you keep the house clean and your partner never lifts a finger? Are you the one providing all the romance in the relationship?

According to Kelly Campbell, in a romantic relationship putting in more effort can mean “putting a lot more in terms of resources, time, money, emotional investment and getting little to nothing in return.”

It’s important to keep a tab on what you’re doing for the relationship and what your partner is doing. To make sure you’re seeing everything objectively, you may want to write it down before confronting your partner about it.

Do you find yourself making plans for dinner or lunch and then at the last minute, they don’t show up?

Is it hard to ever see your partner on an actual date because they’re so flakey?

According to Bustle, “if you find that you’re being constantly canceled on and your partner is always flaking, they must just not be invested in the same way that you are.”

3) Your priorities are different

If you find yourself spending some of your spare money on dates with your partner, but your partner would rather spend that money on other things, then it might be that the relationship is a bigger priority for you than your partner.

According to Campbell, in a successful relationship, “both partners prioritize each other over anything else.”

4) They’d rather hang out with your friends than you

When the weekend comes, do they spend their Friday and Saturday nights hanging with their friends and leaving you in the dark?

You don’t even get an invite, and what’s more, you tell them that you want to hang out with them, but they accuse you of nagging.

A quality relationship requires time spent together. And if they’re not willing to give you that, and you are, then that’s a sign of a one-sided relationship.

In fact, a study suggested that “engaging in leisure activities with a partner is theorized to increase communication, define roles, and increase marital satisfaction when leisure satisfaction is high or when partners are positive and have strong social skills.”

RELATED: Is your man pulling away? Don’t make this one BIG mistake

If they’re struggling to fit you in for anything, and the only way you can see them is if you fit around their schedule, then you might in a one-sided relationship.

This is especially the case if you have to work around their schedule to actually see them.

Brian Ogolsky, an associate professor in human development and family studies at the University of Illinois, analyzed 1,100 studies on what moves love last, and he says that a key factor in building successful relationships is willingness “to forgo self-interest and desired activities for the good of a partner or relationship is an important aspect of maintaining relationships.”

Ogolsky says that it has to come from both sides. “We want some balance in sacrifice. People don’t like to over-benefit in a relationship, either.”

6) You’re having constant negative interactions with your partner

Can’t help but have small fights with your partner?

Are you not seeing eye-to-eye on most of your conversations?

Research suggests that there tends to be a lot of negative interactions in a couple in a one-sided relationship.

This ongoing problem may fester into other negative interactions in the relationship.

7) Only one of you is enthusiastic and passionate

A decade ago psychologist Barbara L. Fredrickson of the University of North Carolina at Chapel Hill showed that positive emotions, even fleeting ones, can expand our thinking and allow us to connect more closely with others.

If you’re in a one-sided relationship, it could be that those positive feelings only exist for one of you.

If you find that your partner is not really engaging you with any sort of enthusiasm and passion, then it might be a sign that you’re in a one-sided relationship.

8) They never return the favor

Is your partner constantly asking you for favors? Do they always want things done for them? And when you ask them to do something for you, can they not be bothered?

The truth is, some people take more than they give, and if they expect you to do all the heavy lifting for them, then it’s a surefire sign you’re in a one-sided relationship.

You can usually tell the takers front the givers by witnessing if they get angry when you request them to do something for you.

However, it’s important to remember that this trend needs to be consistent for it to be considered one-sided.

As love and relationship coach, Emyrald Sinclaire, tells Bustle, “Oftentimes one partner will give more than they receive. But on the flip side, you’ll receive more than you give when you need it.”

This is another sign that you’re in a one-sided relationship.

If they’re trying to control your life, such as who you see and who you’re friends with, then that could be a bad sign that they’re far too controlling.

According to Kelly Campbell, a professor of psychology, it tends to be insecure partners that become controlling:

“Insecure partners try to control the other by limiting their contact with family and friends, dictating what they should wear, how they should act, etc…This is something that typically happens gradually over time, little by little. It’s a very dangerous situation and a big sign that things need to change.”

10) You apologize when you shouldn’t have to

Nobody should have to apologize for their decisions that aren’t affecting others or for being themselves.

If your partner is making you feel bad and putting you down for simply being you, then that’s a bad sign that they’re too controlling over your life.

Behaviors like this can destroy a relationship very quickly, so it’s important to realize if this one-sided toxic energy is coming from your partner so you can put an end to it.

“Being mature enough to take responsibility for your actions and understand the pain it can cause your partner is key empathy that a relationship can’t be without.”

(To learn how to hold your own and create a life you truly love, check out Hack Spirit’s eBook on how to be your own life coach here)

How to deal with a one-sided relationship: 5 tips 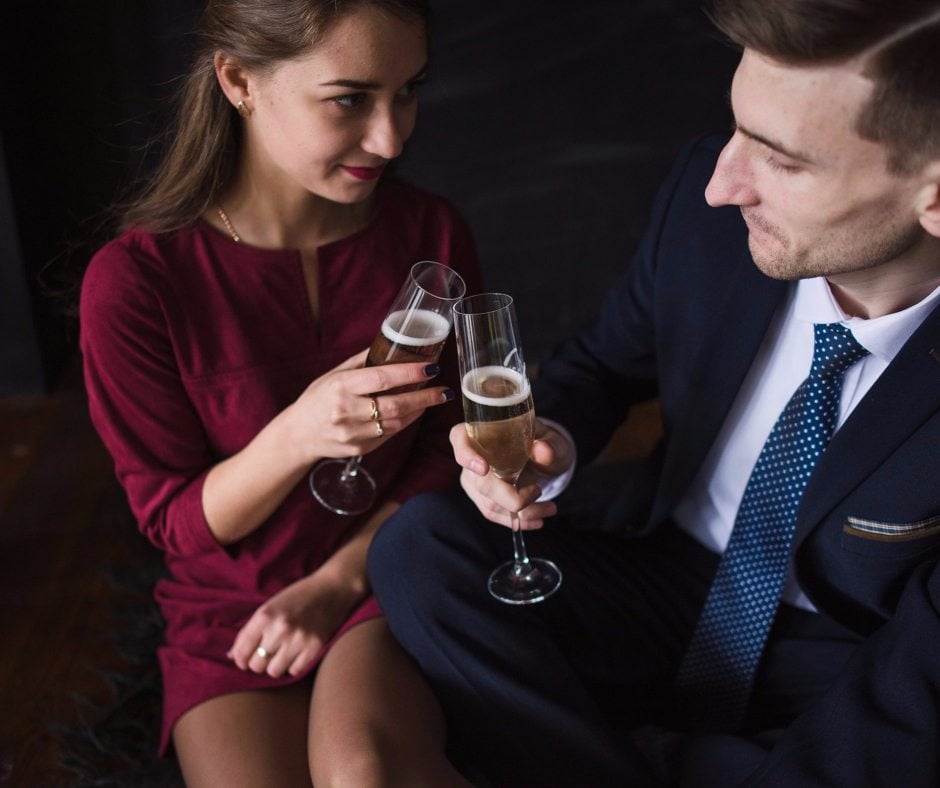 The first step to solve any problem is to be aware of it.

Relationships become so routine that a lot of people can’t see the problems when they’re staring them right in the face.

Of course, you want to be sure that you’re on right the path when you jump to the conclusion that you are in a one-sided relationship.

So read the above signs, and perhaps even keep a tab of what happens in your relationship over a week to really see if it is a one-sided relationship.

You don’t want to accuse your partner of anything if it really isn’t there.

“Relying on assumptions instead of actual communication is the best way to set yourself up for relationship failure. … In a real, healthy relationship, two adults talk things out.”

2) Start writing a diary of your relationship

After a week, reread it so you can get a good idea of what you’re really feeling and what is really happening.

If you’re telling yourself it’s a one-sided relationship, and you’re using text messages as proof, you may want to take a step back and observe other forms of communication.

According to life coach Christine Hassler in Huffington Post, you should be “wary of basing your relationship gauge on text messages.”

“Yes, it is instant communication, but it’s also a source of a lot of miscommunication as you can’t tell voice inflection and often times misunderstand intent.”

Instead, Hassler believes that this is a great time to “practice open and honest communication.”

For example, if you believe that the relationship is one-sided in terms of how much one communicates with another, you need to be honest about your expectations.

If you need to talk every day, it’s time to tell them that.

As Hassler says, “if you do reach the point where you feel this relationship is one-sided, guess what? You can end it! A one-sided relationship can only continue if you keep up your side.”

4) What do you really want in the relationship?

It’s time to think about what you’re lacking and why you feel this is a one-sided relationship.

Relationship therapist Tammy Nelson in Well + Good advises that to “create a more balanced relationship…put some time into thinking about what you really want.”

Think about your needs and wants and share them with your partner. If your partner simply can’t listen, then it may be a sign that this one-sided relationship isn’t worth it.

Sometimes bringing to light about your feelings can make all the difference, according to Dr. Nelson.

“You may have to take some risks to get what you want…In the long run, it will be worth it to feel like you’re getting what you deserve in a balanced and giving relationship.”

In the end, according to Nelson, the biggest key to figuring out if you are in a one-sided relationship, “isn’t simply recognizing the signs…instead it’s all about recognizing the love you want and deserve – and expressing your needs.”

5) When you communicate your grievances, they may initially react defensively

One of the problems with the one-sided relationship is that one partner is benefiting more than the other.

According to Kelly Campbell:

“The problem with one-sided relationships is that often it is just one partner initiating these ‘talks’ because being in what we call an over-benefitted situation (getting more out of a relationship than you are putting in) can be quite comfortable…So your partner may not respond favorably to the complaint.”

This is actually called “demand-withdrawal” – where one partner wants a change and the other withdraws from the conversation.

However, Campbel adds that if the over-benefitted partner cares about the other’s feelings and wellbeing, they will eventually listen and seek to improve the balance.

However, Campbell says that “if a partner does not change after being made aware of the imbalance, the partnership might not be a good fit and the under-benefitted person should consider moving on.”