I just moved city recently and found myself wanting for new friends. I joined a dancing class and tried Tinder a few times, but needless to say, I didn’t make many friends.

In fact, on Tinder all I really did was make enemies – I’m not one to shy away from attacking people that treat me like an object!

So I decided to try the new Bumble BFF app.

If you’re wondering what it is, it’s just like Tinder but for friends.

It might sound a little weird, but for me, it appeared like a good way to make friends.

So I thought I’d give it a try. The results were not what I expected. Here’s what I found:

1) Starting off, it didn’t feel right to create a profile for “making friends”

Creating a dating profile is one thing – but creating the same kind of profile for making friends was just plain weird.

I mean, what pictures was I meant to select? Where I look hot? Or where I look nice and innoncent?

In the end, I chose photos that showed who I am and what I like to do: a couple of me traveling, one of me snowboarding and one of me all dressed up fancy.

In my description, I kept it pretty simple. I said: Just moved to New York City and looking to make some new friends!

2) When I started swiping, most girl’s descriptions and pictures were very similar

Yep, females really are quite alike. Most girls liked traveling, netflix and going out and having fun!

That’s fine. I’m happy go out, drink wine and if all goes well, eventually go traveling with my new found friend. Netflix though? Nah, I’ll do that by myself, thanks 🙂

Once I started swiping and chatting, things got interesting…

3) How do you start a chat when you’re trying to make friends?

This was my first dilemma. It wasn’t exactly easy…

Do I introduce myself and be all formal?

Do I try to impress her?

In the end, I decided to just be casual and easy. If I started the conversation, I’d say, “Hey! How are you?”

I know, it’s boring. But I had to start the conversation somehow!

The girls I got along with most were those that had similar interests to me. For example, if they had a similar job to mine, or if they liked snowboarding like I do.

I mean, you’re not just going to be friends with anyone, right? Friends are people you actually want to spend time with.

So I found myself being quite picky with who I chose to chat with. If they weren’t interesting, then I simply didn’t bother. I have standards, ya know!
‘
The funny thing was, most people were like this. Many people I matched with didn’t respond to me and I didn’t exactly wipe the floor when it came to getting matches…

So if you’re going to use Bumble BFF, my advice is to spend time on your profile and on your conversations. Be as interesting as you can – it’s only the way you’re going to make a quality friend.

It was awesome! Most of the time…

It was quite weird waiting for your “friend date” to come along. I’d organize to meet them in a cafe for a coffee, but there was one girl I met for a cocktail as this cool bar.

Some girls suggested we “watch netflix together” but there was no way in hell I was doing that.

I ended up meeting 4 girls from Bumble BFF. 2 of them I’d consider friends now. Not super close, but I can text them for a coffee or drink whenever I need someone to talk to.

I get along with them because we work in similar fields, so there’s something interesting to talk about. We’re also both looking for a boyfriend.

The 2 other girls I never saw again because that just wasn’t that “spark”. They were nice, but there just wasn’t enough to talk about.

One of them texted me to go out for a drink and while I considered it, I had too much on that night and haven’t contacted them back. I guess if you’re not willing to make time for them, then you shouldn’t be their friend.

6) You gotta remember, stay away from the “needy” ones

I can’t stress this enough.

As harsh as this may sound, there’s a reason some people don’t have many friends. When I was chatting to some girls, they were really needy, constantly looking for my validation.

We all don’t need more drama in our lives.

So in light of that, I was really careful about who I met up with. As you’ll see when you start to chatting, some girls will come off really intense.

7) All in all, it was a worthwhile experience

I mean hey, I got two genuine friends out of it. And that’s only from meeting 4 people.

Granted I did spend quite a bit of time on Bumble BFF filtering out the crazy ones.

But I needed new friends in New York City and it certainly paid off. Besides work, Bumble BFF is really the only app where I have found friends to hang out with.

Will I continue to use it?

Sure! Building my friendship circle seems like a pretty good goal for me in my stage of my life (I’m 28). After all, I want to have fun and meet new people

Should you be using it?

It’s really up to you. If you need more friends, and you don’t really have many other avenues to make any, then definitely, go ahead! Just watch out for the crazy ones 😉 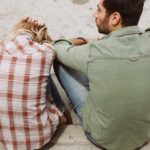 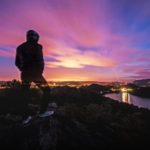