Why do people break up? The sad truth is that it’s easier to fall in love than to stay in love.

Did you know that 70 percent of straight unmarried couples break up within the first year? This is according to a longitudinal study by Stanford sociologist Michael Rosenfeld who tracked more than 3,000 people, married and unmarried straight and gay couples since 2009 to find out what happens to relationships over time.

The study found that after five years there was only a 20 percent chance that a couple will break up and that figure dwindles by the time they have been together for ten years.

The question is, why do people break up? Why do so many couples break up within a year or two? Experts say there are 15 key reasons for why this happens.

Reasons to break up with someone: Here are 15 of the most common

1. The first year of a relationship comes with many challenges

Relationship expert Neil Strauss discusses why do people break up within this duration in a relationship, and told Cupid’s Pulse that there are three stages to the first year of a relationship: projection, disillusionment, and a power struggle.

In the beginning, you don’t see things as they are in reality, you project what you want to see onto your partner. In the next stage you become more realistic and disillusionment sets in. 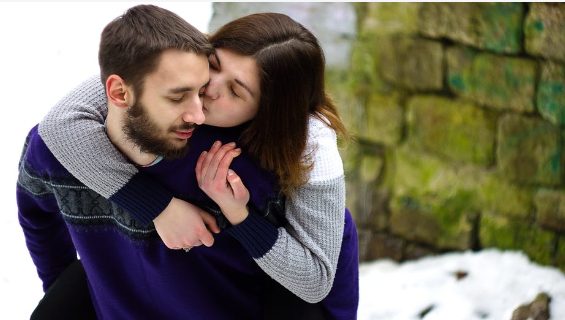 “That’s why people break-up in that three to nine-month window — because you’re seeing who they really are. Then, there’s a power struggle or conflict. If you get through that, there’s a relationship,” Strauss told Cupid’s Pulse.

2. At certain times relationships are more vulnerable to a breakup

Were you aware that many couples break up around Christmas and Valentine’s Day?

After one year, stuff gets real. You are starting to see through your love and are not always charmed by your love’s ways and habits.

“This point is really critical because you will definitely see this person’s character,” author and relationship expert, Alexis Nicole White, told Bustle.

By this point, you will either really be attracted to your partner or exceptionally turned off by your partner’s flaws.

(If you want to discover the six deadly relationship sins and learn how to “re-attract” your ex-boyfriend, check out my new article here).

Scientists at University College London have shown that love indeed is blind.

They found that feelings of love lead to a suppression of activity in the areas of the brain controlling critical thought. 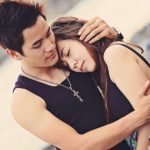 So, once we feel close to a person, our brain decides that it’s not necessary to assess their character or personality too deeply.

5. People want a return on their investment

Life coach Kali Rogers told Bustle that she has found through her research that women want to have an emotional return on investment from their relationships.

“Once they have committed a certain amount of time — typically six months — they like to hold on as long as possible.

“They’ve dumped their love, attention, money and time into this relationship and they want a return,” she says.

6. After a year, reality sets in

“After a year or so, the new relationship euphoria begins to wear off, and reality sets in,” Tina B. Tessina, better known as Dr. Romance, told Bustle. “Both partners relax, and stop being on their best behavior. Old family habits assert themselves, and they begin to disagree about things they were tolerant of before,” she says.

When this happens, and people lack the skills to handle the situation because they come from a divorced or dysfunctional background, things may start falling apart. Even if they come from a happy background, people are surrounded by relationship disasters, which sets an example and makes it hard to be together for a long time.

It takes a while to find out how generous a person really is. If after a few birthdays and holidays a person realizes that their partner is not generous, they might decide to call it quits. This is the insight of Stefanie Safran, Chicago’s “Introductionista” and founder of Stef and the City, according to Bustle.

8. A year is the time when most people determine where the relationship is going

“A year is when most couples of a certain age decide to make it official,” New York–based relationship expert and author April Masini told Bustle.

“If, after a year of dating, one or the other doesn’t want to take that step — whether it’s moving in together, getting married or simply making monogamy important — this is when the one who wants a commitment should leave to pursue their personal relationship goals.”

A year into a relationship people tend to think in terms of a solid commitment and if that is not forthcoming from one partner, the other person may decide to leave the relationship.

9. They don’t live up to their first impressions

Every new relationship is built on what we want the other person to know and see about us.

But you can only keep up the charade for so long before your true self, or their true self comes into light.

Making judgments about someone when we first meet them is natural. And according to research, our first impressions of people last even after we’ve interacted with them.

But after a while, these first impressions eventually fade, and a person’s true personality starts to show through.

This is why so many couples break up after only a few weeks or months.

When we settle into our relationships and start showing people who we really are, unfortunately, not everyone likes what they see.

10. You’ve Already Made up Your Mind

Some people have a rule about how long they will date someone for fear of getting hurt or getting too attached to something that is, in their minds at least, not going to work out anyway.

It’s a sad way to enter into a relationship, but experts say that more people do it than we realize.

You might be fragile at certain times of the year, like around the holidays, or during a particularly stressful period at work and your relationship is going to get the brunt of those emotions, which can add unnecessary strain on the other person and what you are trying to create together.

RELATED: Why You Lost Your Boyfriend (And How You Can Get Him Back)

It’s easy to just have fun at the start of a new relationship and not worry about the details.

Your brain might have taken on an autopilot approach to dating and you might not be as invested in the relationship as you thought you were.

But still, you are having fun so why rock the boat? Until one day you wake up and you realize that you are just wasting everyone’s time and decide to call it quits.

This happens to a lot of younger couples where both people are trying to focus their energy on their careers and getting ahead in life.

A lot of people aren’t starting their adult lives thinking about who they are going to marry or settle down with anymore – there are too many other things to do in life, first.

12. The Physical Stuff Stops Being Important

At first, you’ll be all over each other and wanting to be close to the other person as much as possible.

It’s part of the infatuation stage, but everyone knows that doesn’t last forever. And when you find yourself wanting to roll over and go to sleep instead of fooling around, it’s likely that your relationship could take a nosedive.

This usually happens around the one year, 18-month mark as couples settle into routines and learn to have one another in their lives regularly.

It doesn’t happen to everyone, but it’s of notable impact on a relationship during these fragile times.

(Breaking up is never easy. For a practical, down-to-earth guide to moving on with your life after a break up, check out my new eBook here).

What started as a fun adventure has quickly turned into the realization that your guy or gal just likes to sit on the couch and watch TV at night.

If you are someone who likes to go out and see people, go to dinner, catch a movie, or hike on the weekends, it is going to be next to impossible to have a relationship with this person.

In the beginning, you want to do what your partner wants to do because you want to show them you are interested in things they are interested in, but if you really don’t like hiking or riding motorcycles across the country, then it’s probably not going to work out and you’ll just need to pull the plug.

A full calendar year is usually enough time to see if someone is the kind of person you want in your life. Some couples make it to two years, but many end it before it goes much further.

This is a big one.

Studies have found that communication issues are one of the top reasons for break-up or divorce.

Dr. John Gottman believes that it is the most significant predictor of divorce.

Because Communication issues can lead to contempt, which is the opposite of respect.

Once you’ve been in a relationship for 1-2 years, there becomes the real possibility that financial incompatibility will get in the way.

Money issues and disputes can lead to trust, safety, security and power issues.

While money isn’t generally an issue when you’re casually dating, it can seriously affect the relationship when you’re living and going on trips together.

Related: If you want to learn the surefire way to make him fall hopelessly in love with you again (or at least give you a second chance!), check out my new article here.