He was born during the Great Depression into an immigrant Jewish family in Chicago and was raised under difficult conditions.

To keep his mind away from trouble, he started drawing but apart from that, he wasn’t particularly good at his studies.

He struggled to adjust in school until he entered Roosevelt University, where his talent was recognized.

With his creative talents, he went on to become a cartoonist, playwright, poet, performer, recording artist, and Grammy-winning, Oscar-nominated songwriter.

What is Shel Silverstein most famous for?

Shel Silverstein’s writings showcase his bold brand of humor, a mix of the sly and the serious, and unique imagination.

Although he did not intend to become a children’s writer, he is best known for his children’s books such as The Giving Tree and Where the Sidewalk Ends. The former is one of the most discussed children’s books of all time.

It features the story of a tree and a boy where the plot centers on both characters growing up. The boy had less and less time for the tree but more and more need for what the tree can give him.

The most heartbreaking part of the story is the tree’s selflessness and it can be translated as that of a parent/child relationship, an assessment of the human condition, or literally a tree’s life.

His children’s books have been translated into thirty languages and sold over 20 million copies. In fact, it still continues to dominate best-sellers lists.

Here are some of his most inspirational quotes for students, for workers and everyone dealing with the struggles of life. 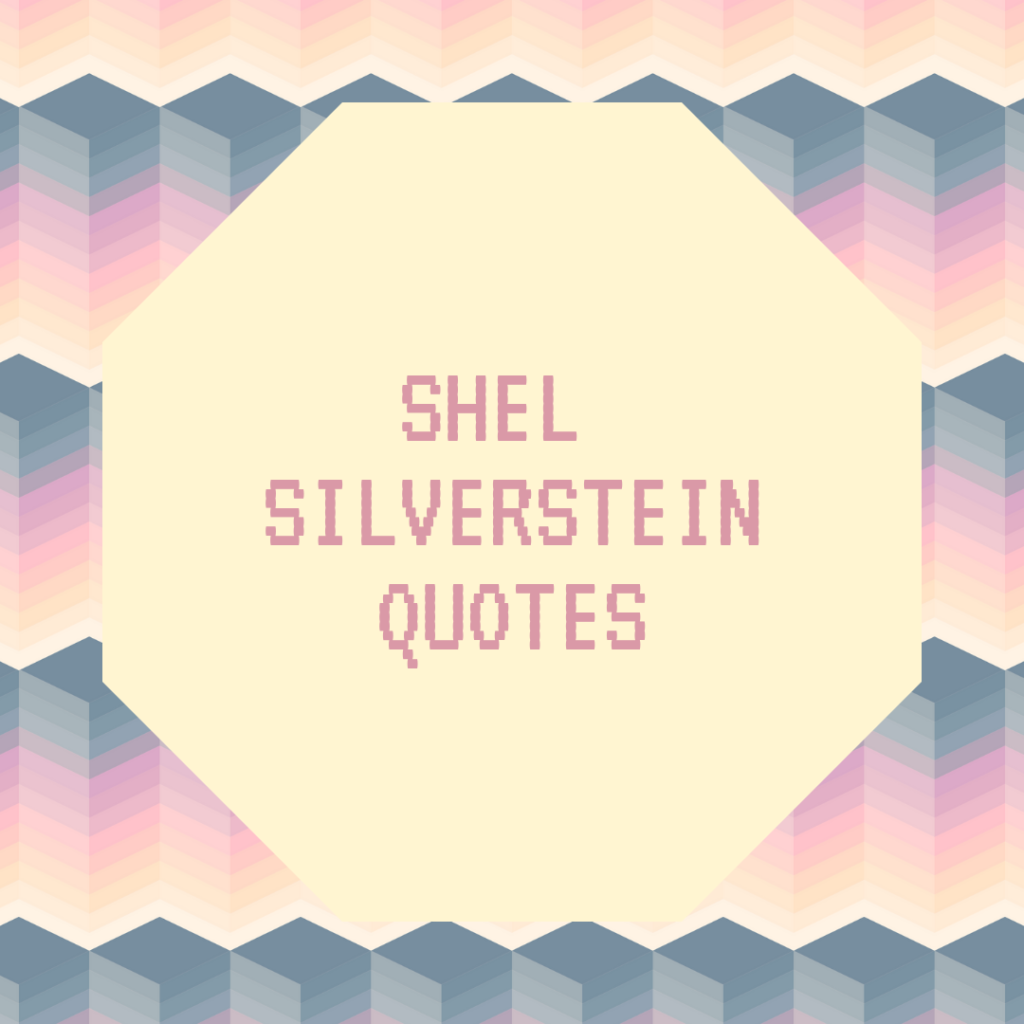 Shell Silverstein’s prowess is portrayed in his works. From tear-jerker stories to quotes, he managed to weave life’s lessons into his work where we can all learn from.

Is he pulling away? Don’t make this BIG texting mistake

Here are descriptive quotes, rhythms, and rhymes he left us with:

How much good inside a day? Depends how good you live ’em. How much love inside a friend? Depends how much you give ’em.
– A Light In The Attic

There are no happy endings.
Endings are the saddest part,
So just give me a happy middle
And a very happy start.
– Every Thing on It 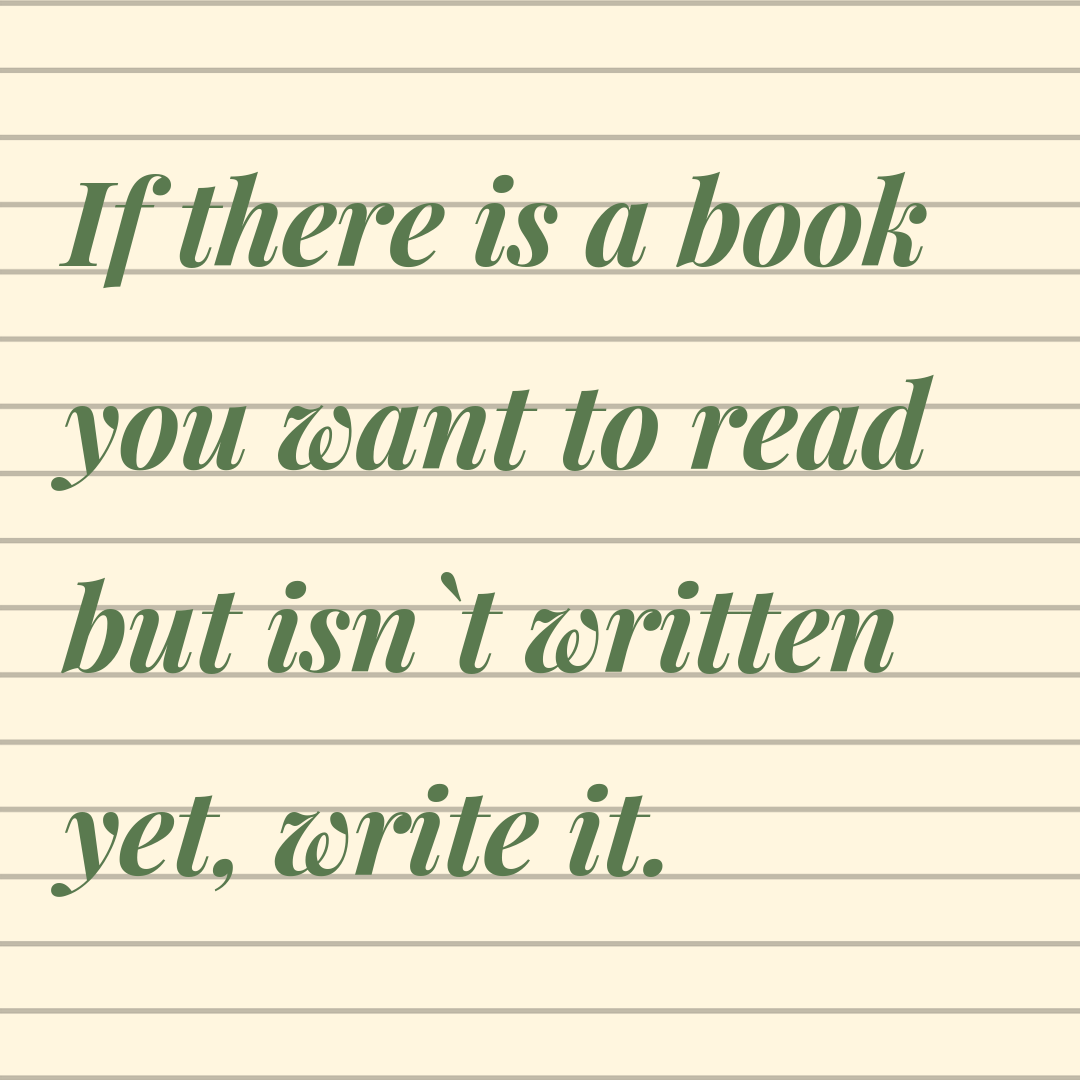 If there is a book you want to read but isn`t written yet, write it. – Roger Was a Razor Fish

Do a loony-goony dance ‘Cross the kitchen floor, Put something silly in the world That ain’t been there before.

Underneath my outside face, There’s a face that none can see. A little less smiley, A little less sure, But a whole lot more like me. – Every Thing on It 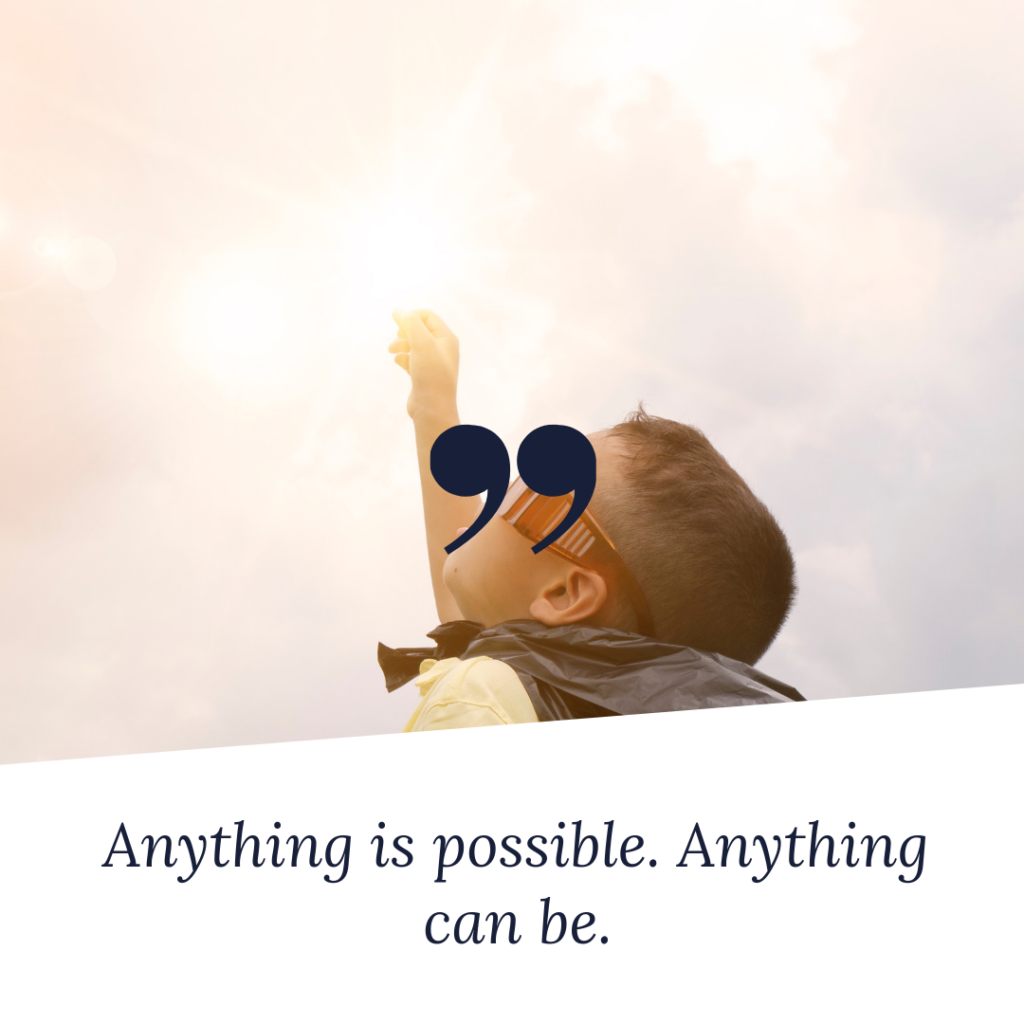 Anything is possible. Anything can be.

I know a way to stay friends forever, There’s really nothing to it, I tell you what to do, And you do it.

So I’m all of love that could make it today. – Where the Sidewalk Ends

And all the colors I am inside have not been invented yet. – Where the Sidewalk Ends

Everything isn’t everything – Lafcadio

If the track is tough and the hill is rough, THINKING you can just ain’t enough! – Where the Sidewalk Ends

Would you like to hear the night I bravely fought the- no? alright

Talked my head off Worked my tail off Cried my eyes out Walked my feet off Sang my heat out So you see, There’s really not much left of me. – Every Thing on It 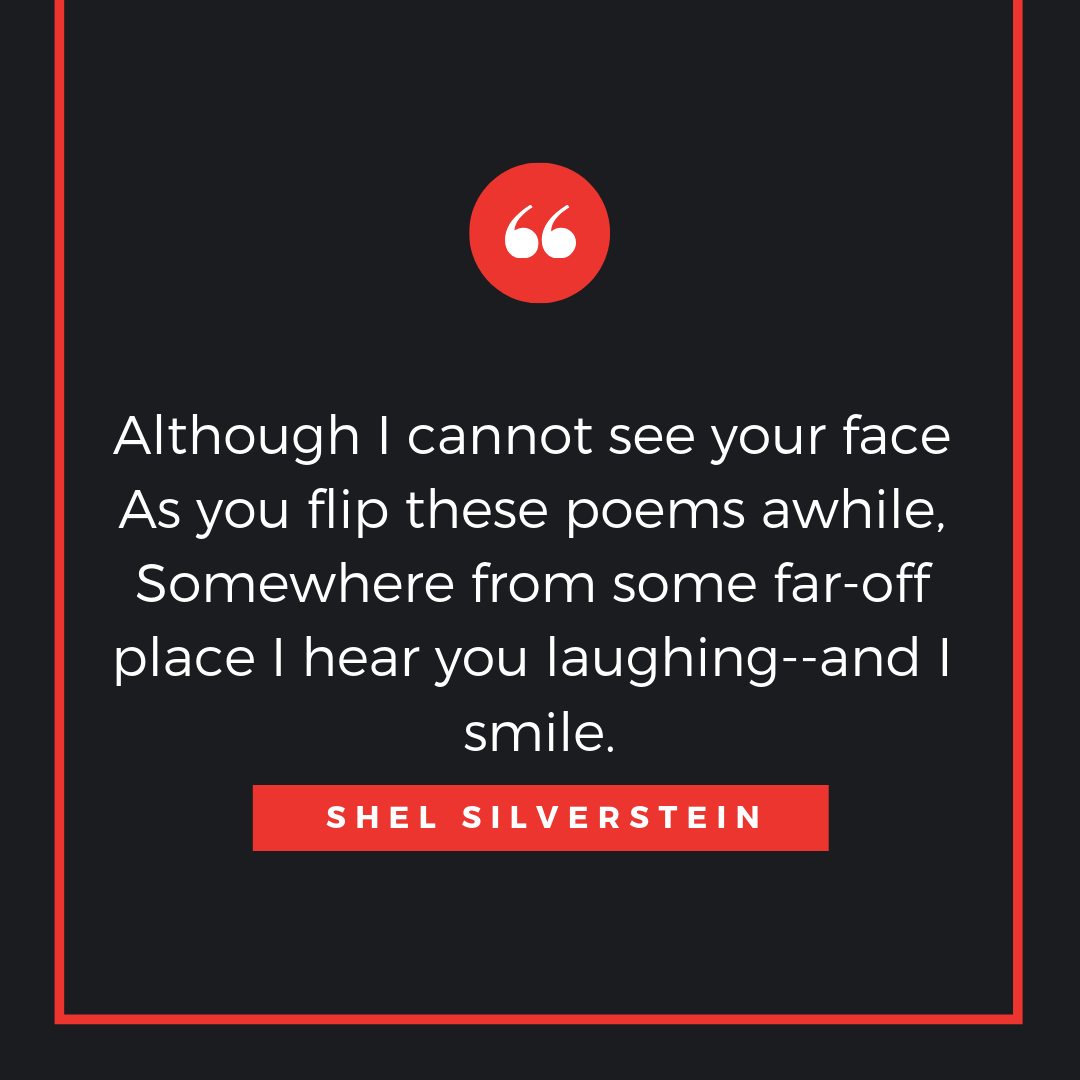 Although I cannot see your face As you flip these poems awhile, Somewhere from some far-off place I hear you laughing–and I smile.

We can’t hold hands― Someone might see. Won’t you please Hold toes with me? – Every Thing on It

She drank from a bottle called DRINK ME And she grew so tall, She ate from a plate called TASTE ME And down she shrank so small. And so she changed, while other folks Never tried nothin’ at all. – Where the Sidewalk Ends

He wasted his wishes on wishing. – Where the Sidewalk Ends

But all the magic I have known I’ve had to make myself. – Where the Sidewalk Ends

Never explain what you do. It speaks for itself. You only muddle it by talking about it. 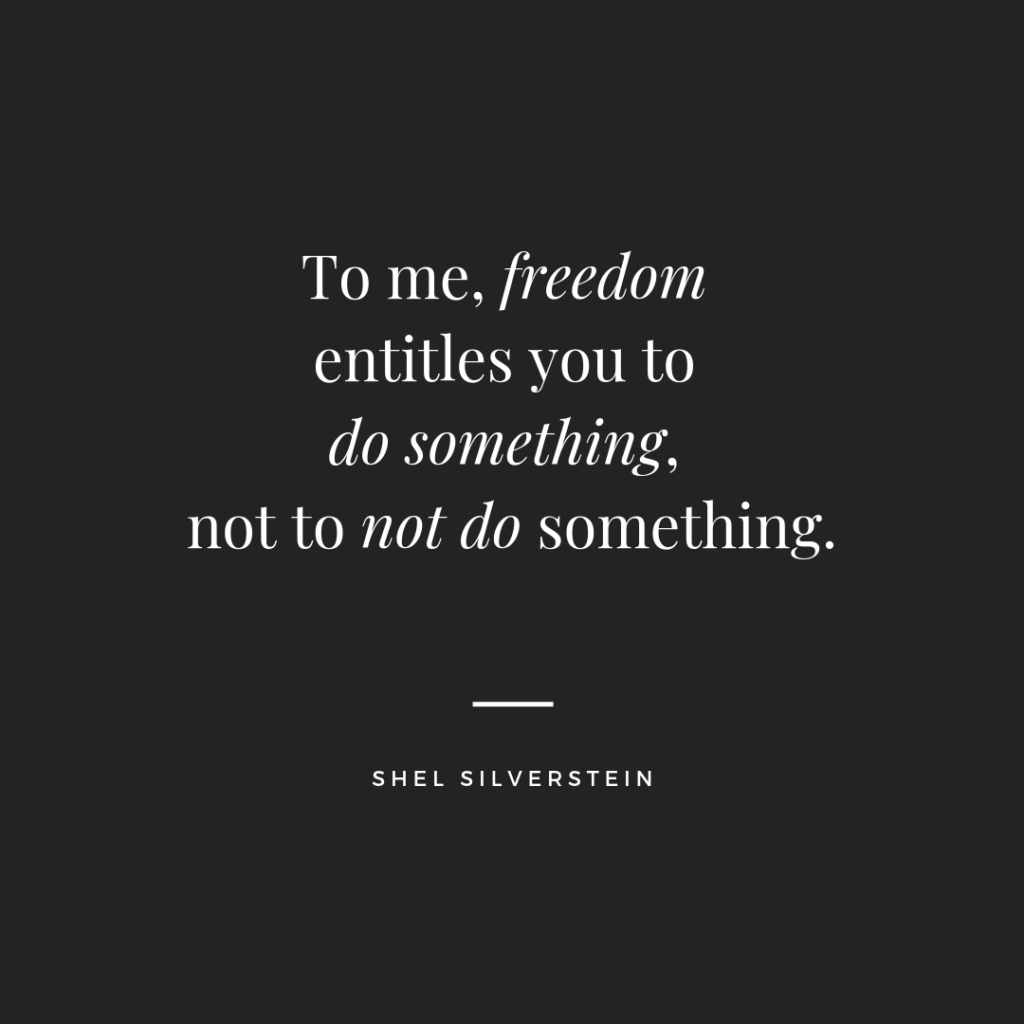 Stand-up comics reflect less of visual humor and more of a commentary.

It’s amazing the difference a bit of sky can make.

Whatever you are is all okay. I don’t like you anyway. – Every Thing on It

When I am gone what will you do? Who will write and draw for you? Someone smarter–someone new? Someone better–maybe YOU!

It’s all the same to the clam. – A Light in the Attic

There is a place where the sidewalk ends. – Where the Sidewalk Ends 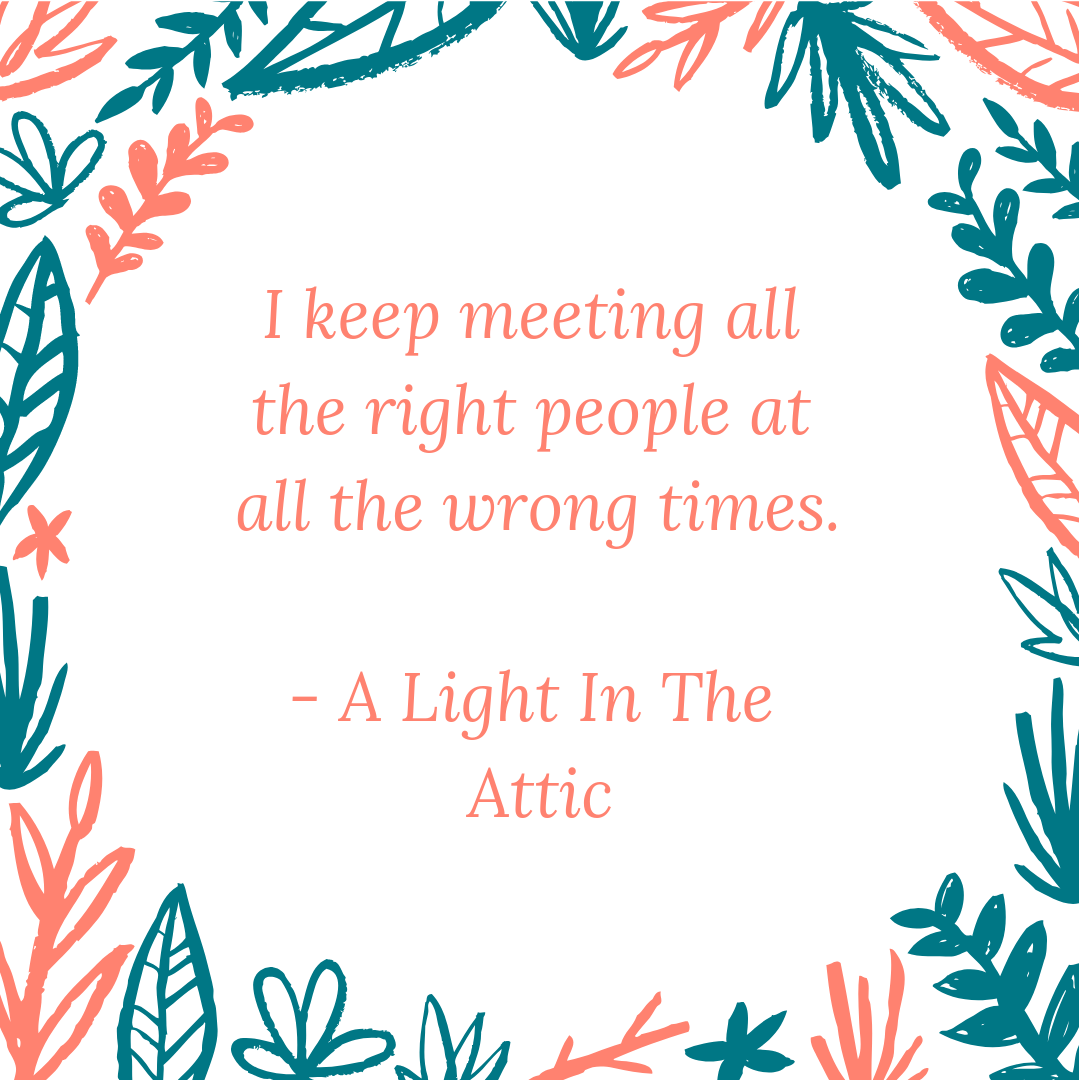 I keep meeting all the right people at all the wrong times. – A Light In The Attic

No teacher, preacher, parent, friend or wise man can decide what’s right for you – just listen to The voice that speaks inside. – Falling Up

I can be somebody’s and still be my own.

I believe that if you don’t want to do anything, then sit there and don’t do it, but don’t expect people to hand you a corn beef sandwich and wash your socks for you.

Many leaves one tree

Put something silly in the world that ain’t been there before. 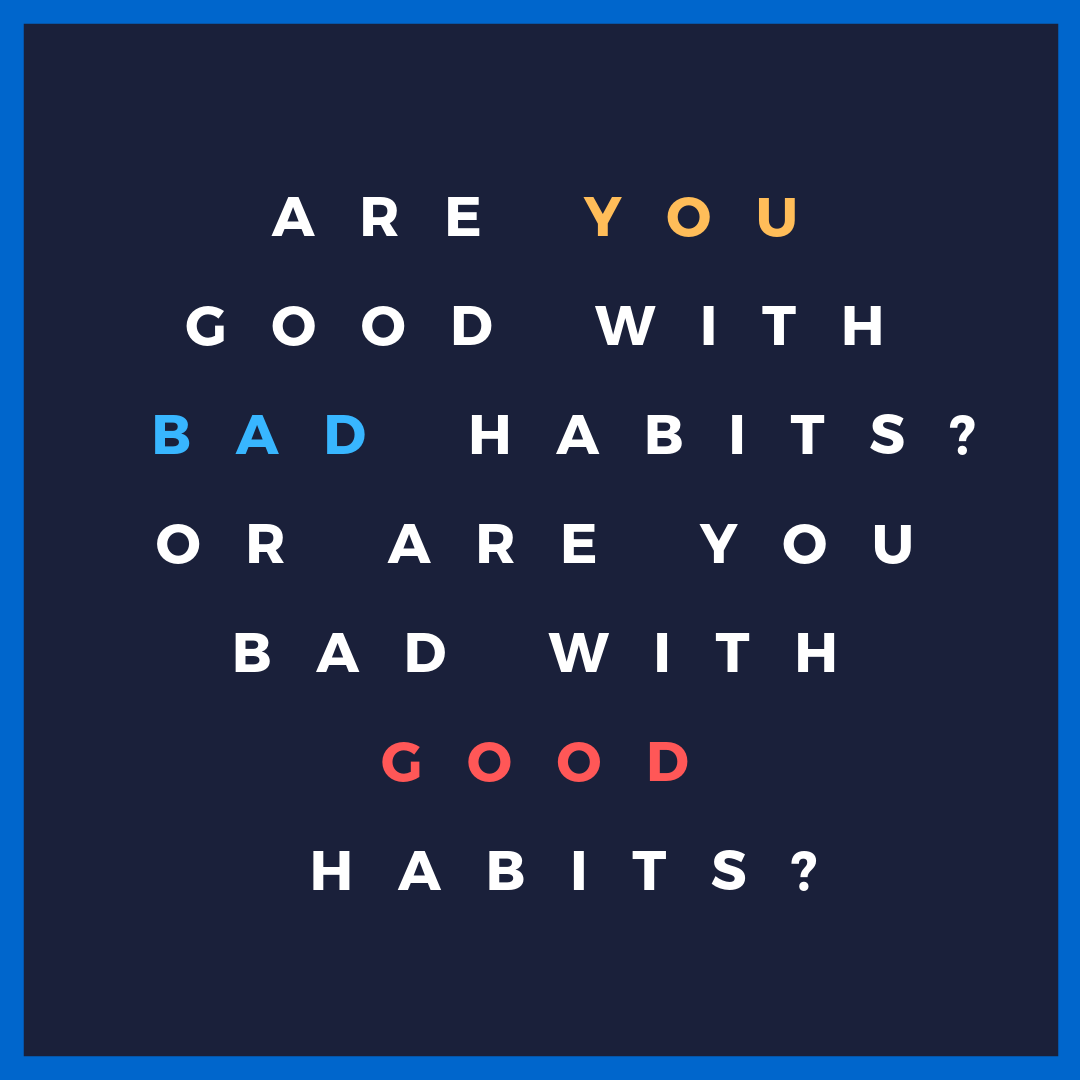 Are you good with bad habits?
Or are you bad with good habits?

Sunday dinner isn’t sunny. Easter feasts are just bad luck. When you see it from the viewpoint of a chicken or a duck. Oh how I once loved tuna salad Pork and lobsters, lamb chops too Till I stopped and looked at dinner From the dinner’s point of view.

Each time I see the Upside-Down Man
Standing in the water,
I look at him and start to laugh,
Although I shouldn’t oughtter.
For maybe in another world
Another time
Another town,
Maybe HE is right side up
And I am upside down

Hey, we’re making music twice as good
By playing what we’ve got!

Since my friend left me, I’ve got nothing to do but walking. I walk to forget. I walk ,I escape ,I get further .My friend will not come back ,now I am a marathon man.